Coach Glenn, along with our other nationally certified coaches (four on ice during sessions)  have coached teams from all levels and ages of Minor Hockey to University to Junior, winning Major Championships and Coach of the Year honours along the way. Each is fully qualified to teach “TODAY’S HOCKEY”.  The respect they have earned from theirs peers and players alike is second to none. 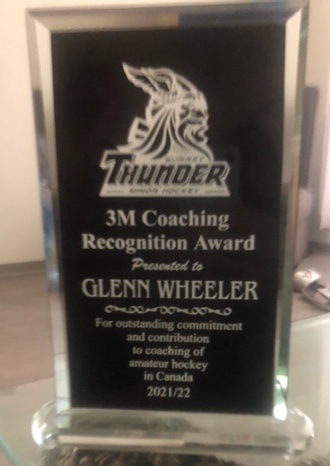 Glenn was recently recognized for the extraordinary season long improvement and development of U15 players while coaching three spring teams made up of talented 2007 players from Delta, Burnaby and Vancouver academies. He also won the PCAHA TEAM achievement award for leading the Surrey Thunder U15 AAA Team from a start in flight 2, all the way to the Final Four provincial playoffs for Flight 1.  His teams also won 3 golds and a silver at various showcase tournaments:

Coach Glenn’s unique ability to communicate with players of all ages and his attention to detail, discipline and running fast paced sessions makes him one of the most sought after Coaches in BC and abroad. He is acknowledged to be the Number one (#1) Hockey School Instructor in the Lower Mainland.

Since it’s inception Glenn’s list of Professional, University, Junior, Academy and Major Midget players has exploded and the word of mouth about these sessions has travelled through all levels of Hockey in the Lower Mainland.

His Reputation, Programs, Player Development Skills, Game Play Instruction and Motivational Expertise have resulted in maximum acceptance by players of all levels and have helped them reach their TRUE POTENTIAL and achieve their own PERSONAL GOALS.